The Trikke Positron: an arresting development for U.S. police departments 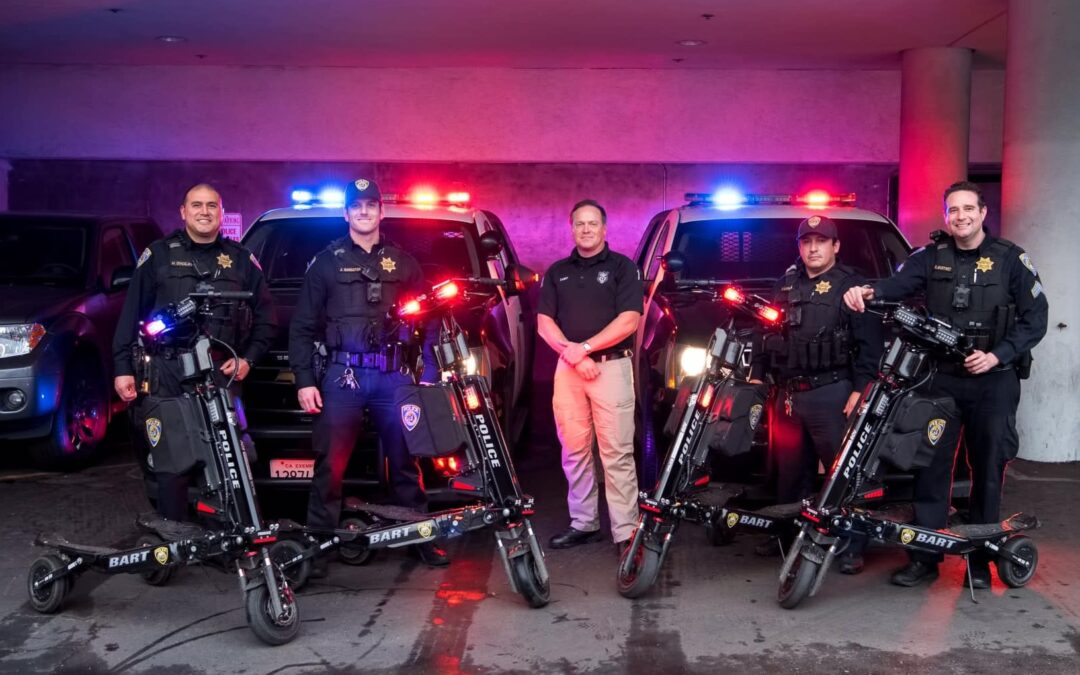 How America’s cops are embracing this revolutionary electric vehicle.

The Segway is a thing of the past, an artifact of less modern times. In its place, the Trikke Positron is steadfastly becoming the personal electric vehicle of choice for law enforcement officials — from California’s Bay Area Rapid Transit Police, to the Wilmington Police Department in Wilmington, Delaware.

Not only is the three-wheel, battery-powered Positron a great replacement for the lumbering curiosity that was the Segway, “police Trikkes” are proving to be a great multi-purpose tool in their own right, assisting officers in ways the old Segway could’ve only dreamed of.

“There’s no comparison to the other options currently on the market; the Trikkes are miles ahead,” says Officer Mitchel Ashton of the Norfolk PD in Norfolk, Virginia. 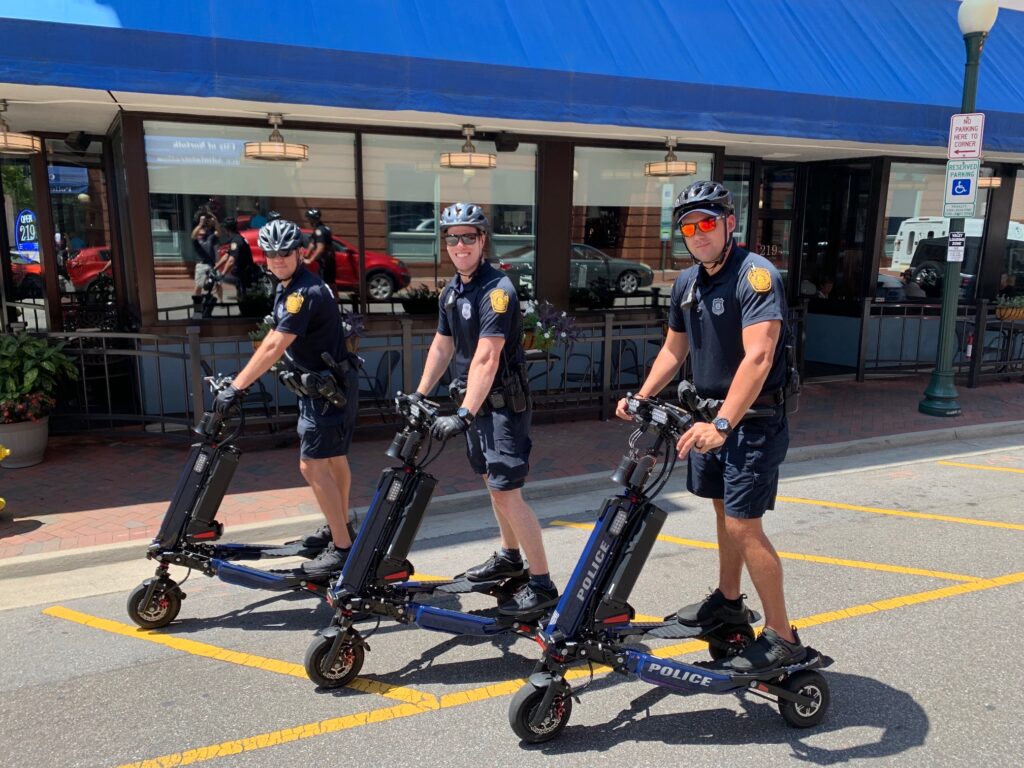 “All of my coworkers and the public love the Trikkes,” says Norfolk PD officer Mitchel Ashton (center).

Once makers of the body-powered Trikke carving scooter for consumers, Trikke Tech has evolved to become the U.S.-based manufacturer and distributor of rugged, professional-grade, personal electric patrol vehicles — mainly through word of mouth and the appearance of police Trikkes at many a law enforcement trade show.

Turns out, the cambering technology behind the original Trikke, plus the power of an electric battery have turned what was once a recreational alternative to the bike into a revolutionary new mobility solution for police officers on patrol.

Whether on patrol with the police departments of Atlantic Beach, Florida, Wheeling, West Virginia, or Royal Oak, Michigan, the Positron is an all-weather, multi-terrain vehicle designed for use in a variety of conditions, both indoors and outdoors, says Beleski.

“They can be parked close to any entrance,” he notes, “and their height makes them far superior to bikes in terms of visibility, especially when it comes to looking over traffic, parked cars, fences, and crowds.”

But don’t just take the word of the company’s CEO and inventor of the Trikke. Consider the rave reviews offered by actual police officers, especially for the Positron’s maneuverability. 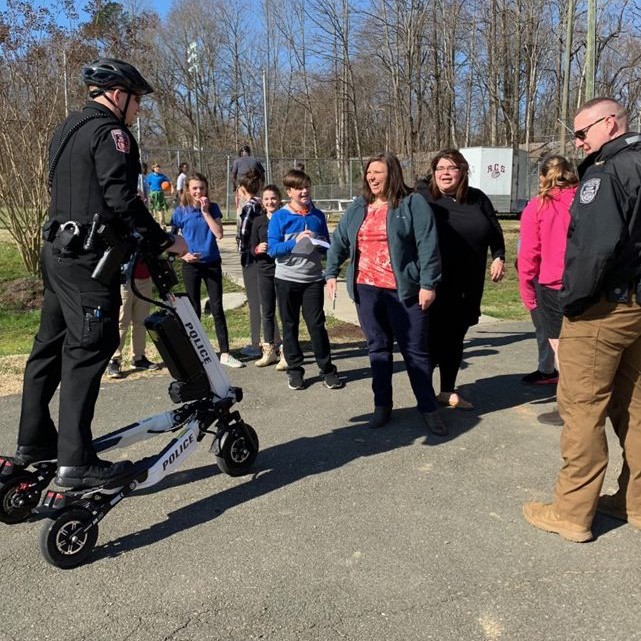 The Trikke Positron is a head-turner and people magnet.

Another unique featuring often cited: the Positron’s ability to promote positive interaction within the communities officers serve and protect.

“Everywhere that you go, citizens stop. They want to know what they are, what they’re called, if they can get one,” says Officer Ashton in a 13 News Now video titled Norfolk Police Department launches head-turning electric Trikkes.

Those same Trikkes are turning heads in Texas.

“Police also say the Trikkes will make them more visible to the campus community,” notes a story by Dallas’ NewsRadio 1080 KRLD. In it, Dallas College Chief of Police Lauretta Hill echoes the idea that Positrons are a public relations plus: “Officers can get around, and people will walk up to us just because they want to know what it is.”

Turns heads. Promotes positive interaction. Provides a more mobile alternative to the extinct Segway. When’s the last time a police department acquisition did all that?